“Do you know that song ‘Sex is on Fire’?” asks the girl at the bar, shouting to be heard over the reeling sounds of The Dubliners, “Yeah, Kings of Leon. It always sounded like a vaginal disease to me.”

I don’t even know her name.

“Where are you from, anyway?” she continues, mouthing the words rather than saying them.

“Just outside Belfast,” I yell, my face inches from her eardrum.

A big cheer erupts from the far corner. It transpires that Meath has taken the lead against Kerry in the GAA. There is a rush towards the bar, “Guinness!” “Guinness!” “Two Guinnesses and a bag of pretzels!”

I turn my attention back to the girl in the white vest for she has no interest in hurling. 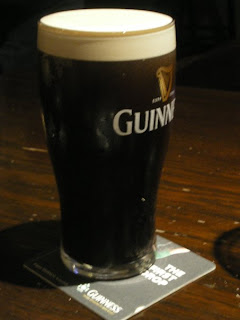 “Do you see that drawing on the wall?” I ask, pointing to a sketch of Lough Neagh, “that’s where my Da’ and I used to going fishing.” Pause… “Have you ever been to the Ireland yourself then?”

“No! I would love to go,” she responds, all misty eyed and dreamy.

“Ah,” says the rogue, “well maybe you should come over with me some day. We can climb Slemish and gaze upon the coast of Scotland from atop the rolling moss of Shill-na-vogy.”

…Whack for my daddy-o there’s whiskey in the jar.

An untimely roar prevents my friend with the brown pigtails falling for the Blarney, her cue for an impulsive response drowned out by a cacophony of jigging and head-banging across the bar. The excited splurge rolls towards us, a burly six footer with a Meath shirt making a beeline for my pint of Harp. Which he summarily knocks into and spills all over the brilliant white perfection that is the girl’s vest.

“This is Gucci you fucking asshole!”

“And this is fucking polyester!” he roars back, tugging on his green and orange garb.

I’m in trouble now, caught between a drunkard and a female scorned. Needless to say the girl storms off, taking her coat and exiting my life forever. But much more pressing is that she has left me at the mercy of a Leinsterman with the rhythmic talents of a drunken giraffe.

“Come ahead now,” he barks, “she had a face that could haunt houses!”

He points at my half-drunken beer.

“Get that down yerself there and stop being a miserable schnack.” And with that off he goes into the evening, grabbing hugs from random strangers by the bar and raising toasts to heroes of Irish culture:


“Up yours Bono! Long live The Corrs!” 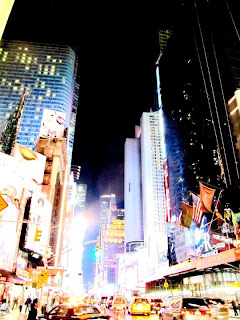 Somebody crashes into a barstool, but quickly recovers and orders a round of Glenfiddich. The barman asks the man if he’s drunk. The drunk assures him he is not, and solemnly promises to order a further round so he can prove his loyalty to the establishment. Which he dutifully does, before spinning around and crashing into the six-foot giraffe from Leinster. Chaos, whiskey everywhere. A disagreement is met, during which the aggrieved parties practise the time-tested art of drunken cross-examination by taking it in turn to accuse the other and protest personal innocence.

But it transpires that neither man was in the wrong, and so they step outside to share stories and chain-smoke a pack of French cigarettes.

What a marvellous place. The wood is polished, the music’s loud, and the clientele madder than a sackful of bicycles. It has the energy of a hyperactive Labrador as well as more shamrocks than the wallpaper in Michael Flatley’s bedroom. It’s a bit like Ireland looked in the mirror, fell in love, had a child, and sent it to New York to become a tavern.

Which can only be a good thing if you ask me.