My Arse and Parsley: An Anecdotal Eulogy

When I was 7 years old I accidentally set fire to my father's glasses case.

By accidentally what I mean is that I was testing the old adage that leather doesn't burn, but I assure you it was all in the name of science.

Gripped with panic, I impulsively threw the case in the river before spending the next three nights desperately constructing an elaborate excuse to defer the blame. When the inevitable, 'has anybody seen my glasses case?' was raised at dinner four days later, I informed the family that I'd seen dad set them down at the peat bog, but hadn't said anything as I had assumed he picked them up.

Little did I know, I was already fucked. 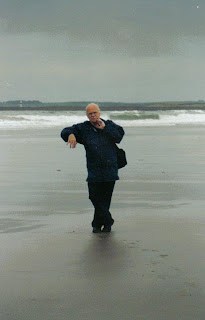 An extended pause followed, before my father, his eyes all-knowing, uttered the immortal words:

'My arse and parsley.'

I feigned innocence. What had I done? What did this mean? Did dad know something I didn't? Of course he did. Unbeknownst to me, dad had been down river that day, chasing some fine Antrim Glens rainbow trout along the banks of the Six Mile. When the devilish mistress that is fate had brought the charred remains into his path, there was only one explanation; that damn wee lad.

So here I was, caught, trapped, and telling tall tales. But wait a minute... how did he know it was me? I mean, of course I was guilty - who else would have done it -, but there was still reasonable doubt (I had learned this expression at a young age, the son of a law lecturer mother).

Simple. In my hurry I had failed to notice the charred cleaning cloth falling out of the glasses case as I fled my bedroom. And why hadn't I noticed it? It had fallen into the heap of unwashed laundry stuffed behind the door. So, what did I learn from all this?

Well, firstly, never lie to a cunning father, secondly, washing machines exist, and thirdly, 'my arse and parsley' is perhaps the finest expression ever uttered by a mortal man. 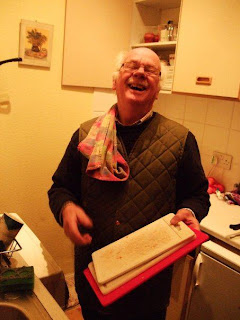